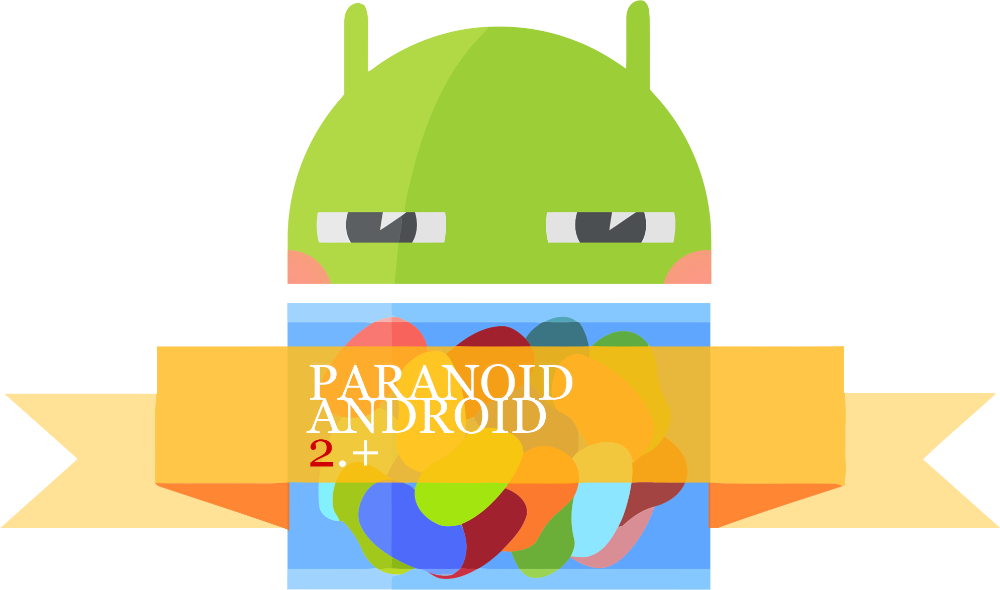 Get ready for ParanoidAndroid v2
Fully source compiled.
You can follow the PA-JB Progress for Galaxy Nexus in this [DLMURL="http://forum.xda-developers.com/showthread.php?t=1619582"]thread:[/DLMURL]
No flaming.
Follow Paranoid Android officially on: 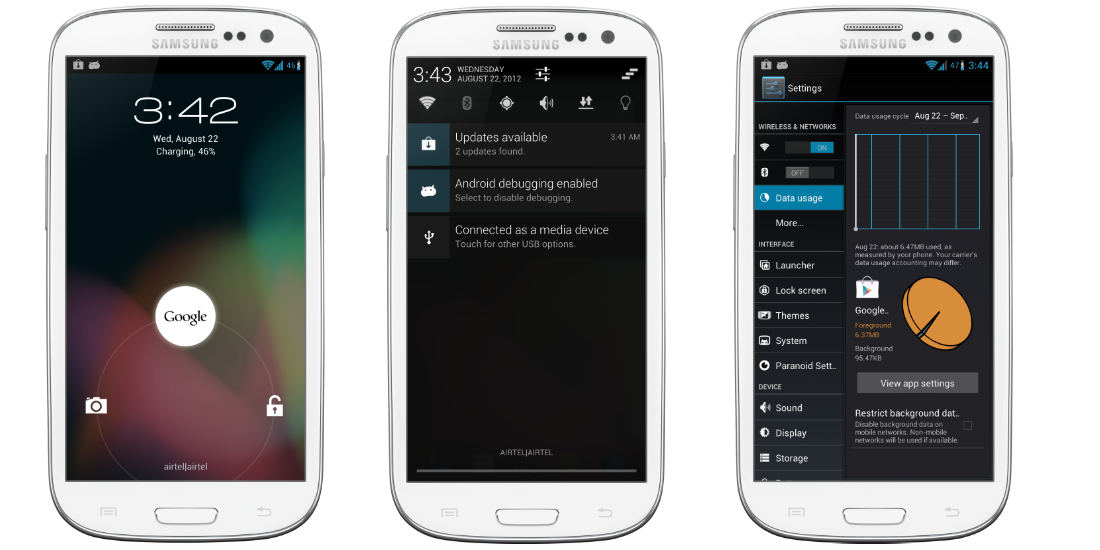 Find any combination you like, scale and project apps, widgets and system components! 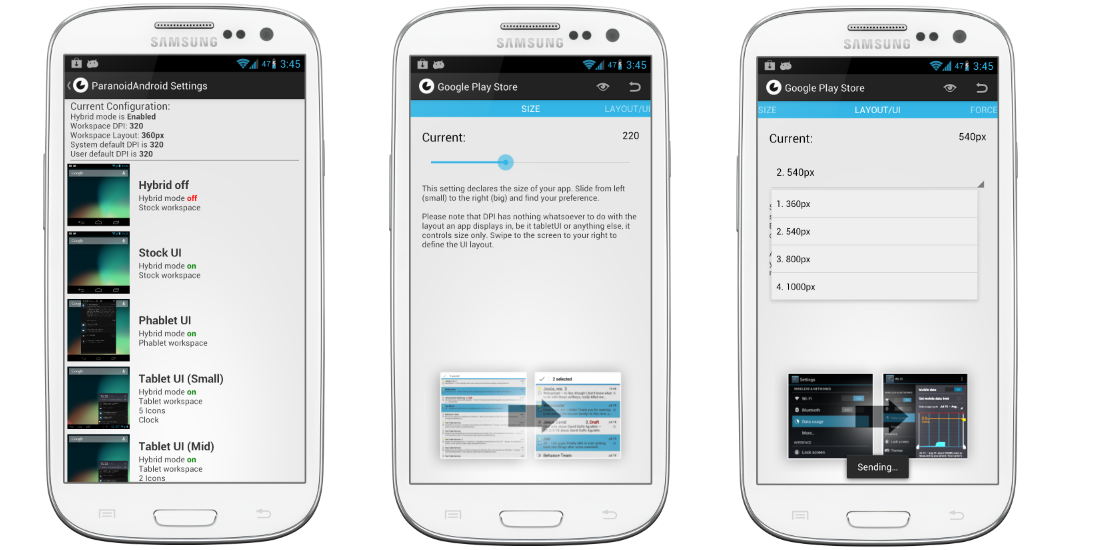 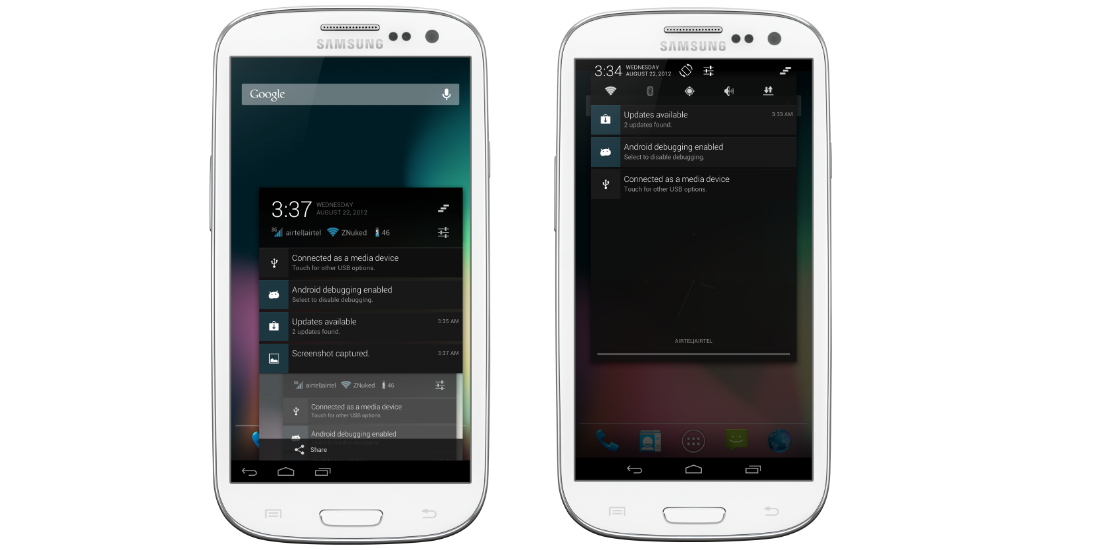 
If you have an issue and you want to call our attention, here's what you do:
1. Try everything you can, find solutions for yourself. Wipe caches, revert all your settings you have made, go back to your stock Kernel, factory reset if you have to or reflash the rom. Assume that the issue is on your side and try your best to isolate it.
2. Search this thread and Cyanogenmods as well (its our base) for possible reoccurences of your issue and hopefully solutions that may have come up.
3. If you think the issue is important enough that we should cease our work and look into it, post your issue, BUT ...
... stay friendly, do not demand anything, do not threaten
... explain your issue as precise as you can, name the exact apps and conditions that cause trouble, help us to replicate the issue right away. If we can't there's no way we can fix it and your post will simply clutter the thread
... collect evidence, keep in mind this is a developer thread so even if you are not one, do us the favor and research how to record logcat. logcat is the single most important help you can give us to resolve your issue.
20120819v1.991

20120819v1.991
Maintenance update, bugfixes and patches.
Galaxy S3 specific:
YouTube HD + offline HD playback working perfectly fine
Center Clock on Lockscreen - (via CWM Flashable mod)
WiFi Tethering seems to work without any problem : (need more reports)
20120810v1.9.8alpha
Project butter recents in tabUI (2/2)
Quick access hybrid properties by longpressing a recent app
More refined hybrid algorithm to reveal more layout containers
TabletUI toggles
All recent cm merges (Trebuchet, googles 4.1.1 r4 with a whole bunch of fixes for memory leaks, etc)
20120806v1.9.7alpha
New option: "large" to trick an app thinking the device has a real big screen. some need it, like amazon kindle to jump into tabUI. some even react on it, gdrive will slightly adapt its layout - makes only sense if you give it a small dpi though.
The algorithm to extract the actual layout containers from apk files works more precise and can reveal more than before. there will still be a few apps left who do that layout stuff in java - we will add an override button for that, but in the meantime you can edit /system/etc/paranoid/properties.conf .layout=360 for phone-like UI, 600 for phablet, 720 = tablet, 1280 = super huge tablet
Several bugfixes from us and cm
20120806v1.9.6alpha
Breakthrough: We can finally target the actual layout containers inside the apk. If an app brings only phoneUI, you see it right away as you only have one UI option. If it brings ten, you will be able to pick each one of em. We're finally away from this Phone/Phab/Tab nonsense.
Total Hybrid engine revamp, alot less clutter, many bugfixes, apps wont make jumps when you load them up because their actual size is calculated by the engine.
Panel is still growing. It brings new options and new preferences that can even change android system settings.
All recent cm10 patches and fixes
20120803v1.95alpha
Finally hardware accelerated recents in TabUI, as fluid as ever. The ugly gradient is gone aswell
Paranoid got its own dir in /system/etc/paranoid - pad.prop is not properties.conf
A clean backup properties file is shipped, you can make a full reset in the panel in case you lost it with all the settings you made
Force option can be activated in the panel, good for widget scaling
The DPI sliders in the panel read min/max props from properties.conf, define them as you like
TabUI Recents are back to a bigger size, this is temporary, i'll look for ways to port the phone implementation as project butter skipped the tabUI code
CM fixed alot of features again, we included them all
NOT WORKING


** WiFi works flawlessly.
But, in case your WiFi is broken, blame your bootloader.
Try any or both of these: (thanks to CM10 discussions)

SOLUTION 2: Come from any ICS bootloader based ROM. You can also install CM10 straight away from stock samsung ICS 4.0.4. Make sure you flash the 27/6 signed gapps along with CM10. (Try goo.im)

DO NOT try to flash CM10 over leaked samsung JB Roms, you will bootloop your device!
[/align]