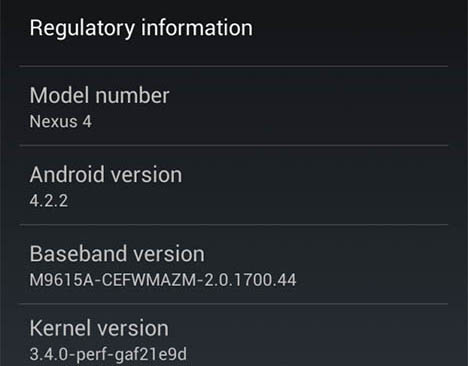 According to our inside sources at the company, who asked not to be named, Google employees with Nexus devices, including the Nexus 4, Nexus 7 and the Nexus 10, as well as the Samsung Galaxy Nexus, all have an opportunity to test out Android 4.2.2. They've been using their mobile devices normally, including trying out popular apps, but no one has really found any major changes to the user experience.
Zum Vergrößern anklicken....