Sent from Nexus 4 powered by PARANOIDANDROID

The main changes since the last stable version are:

Version 2.3 will not be maintained anymore, unless there are critical bugs that needs to be fixed.

Version 3.0 represent a lot of work, so donations and thanks are appreciated.
Zum Vergrößern anklicken.... 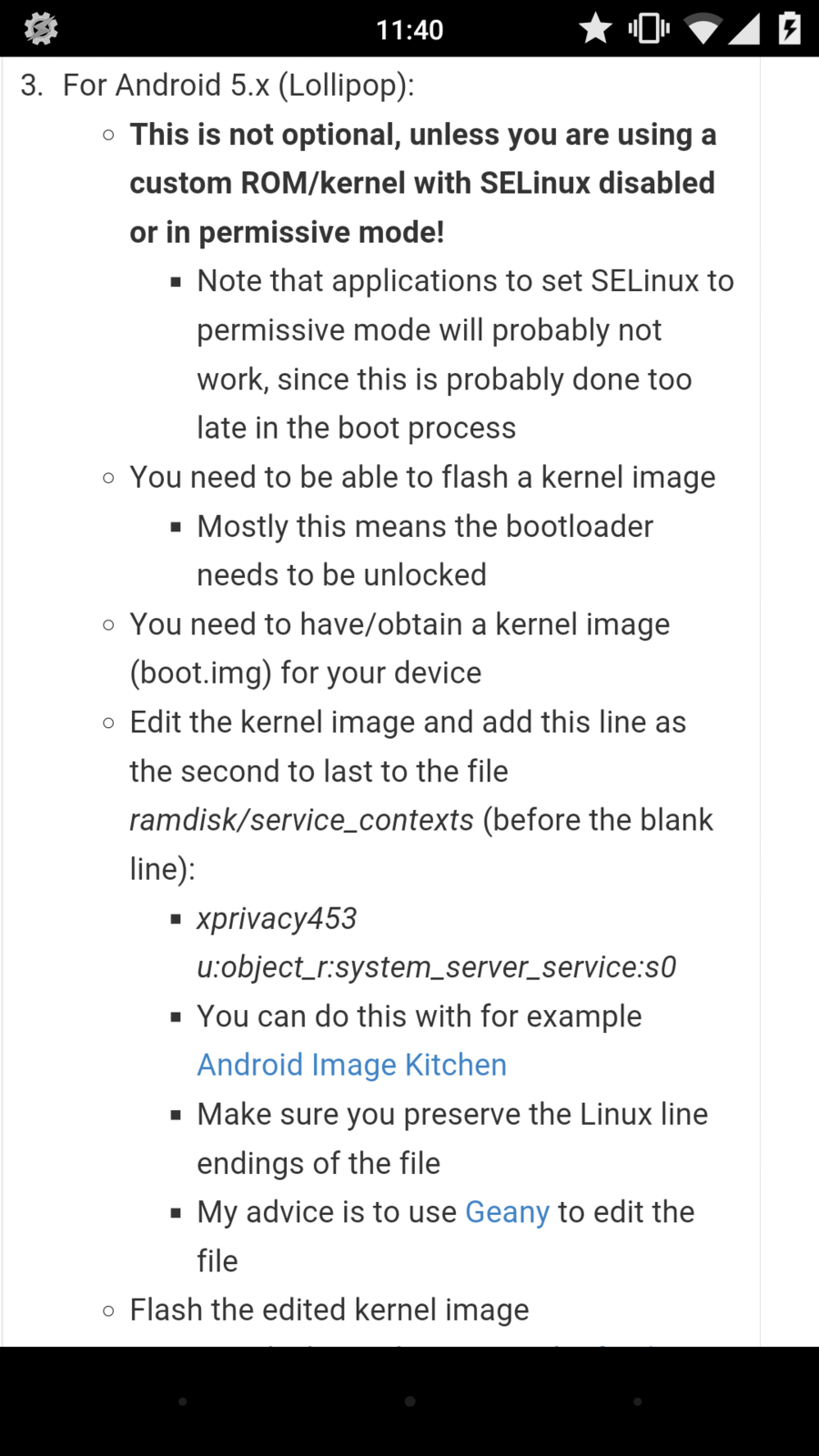 Since I cannot test this release myself, please report if it works for you or not, stating your device/ROM type/version.
Zum Vergrößern anklicken....

I think I have solved the SELinux problem, causing bootloops for some and also fixed the requirement to edit the kernel image.
Unfortunately I cannot test it, since Xposed does crash.

I have some other problems:


All in all I see the goal of the project, providing a decent privacy solution for as many as possible people, endangered. Also given that I have not as much as time as before, I will put XPrivacy for Lollipop on hold for now to see how things develop. I will keep supporting XPrivacy for KitKat, so if you care about your privacy, don't upgrade to Lollipop.
Zum Vergrößern anklicken....